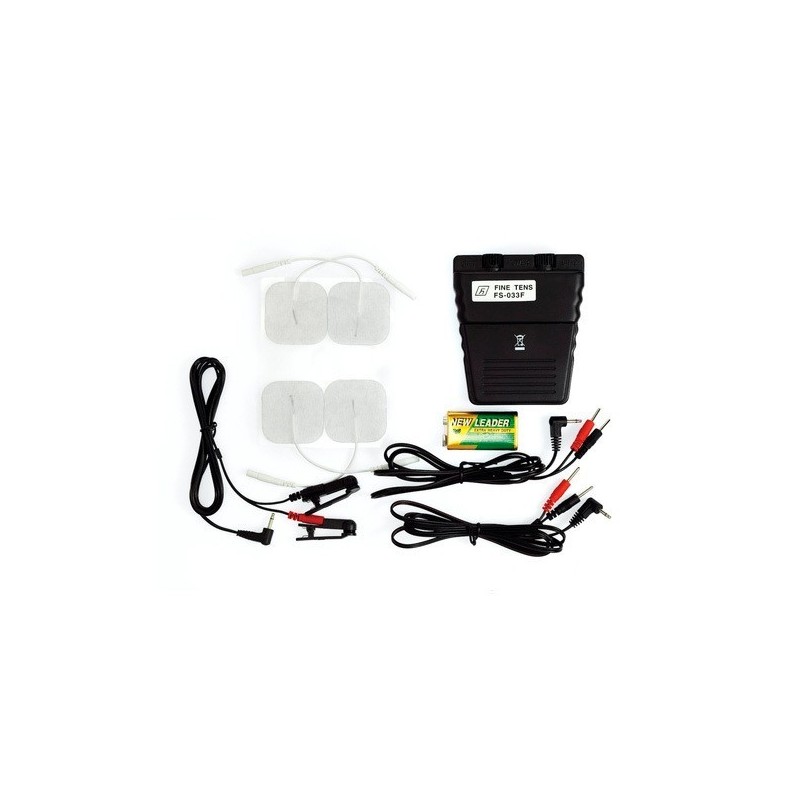 The Rimba Power Pack comes with pads for some hot and pulsating e-stim action. Make your rod pulsate with power!

By buying this product you can collect up to 9 loyalty points. Your cart will total 9 points that can be converted into a voucher of £ 1.80.

For years some have known about the power of sex with electro stimulation. While many previously believed this to be an extreme form of stimulation, it has now moved out of the shadows and is no longer just for those into S&M.

Usually purchased separately, BlokeToys has gone a step in the right direction and is supplying a package combining the power unit and the pads, letting you have everything you need in one order, and at a lower price.

The Rimba Power Pack itself has a variable power output from its 9v battery.

Included are additional conductive pads and two clamps for you to experiment with.

Be the first to write your review! E-Stim Explained - Everything you need to know about electrosex stimulation

A lot of guys want to try E-Stim after seeing it in action or hearing about the pleasure possible. Find out what it's all about in this handy guide.